Pierre Farge is a French lawyer admitted to the Paris Bar Association.

Prior to opening Farge Associés, he worked for the highly-regarded French criminal boutique firm Metzner Associés and the anti-money laundering agency of the OECD.

Pierre represents mostly private companies and individuals in complex litigation cases at all stages of the procedure. Pierre’s legal practice leverages his thorough knowledge of finance and accounting, and his broad network in business.

He holds a bilingual law degree from the Université de Paris Ouest Nanterre and HEC Paris.

After visiting a camp of Syrian refugees two years ago, Pierre Farge became involved in Pro Bono work for asylum seekers in France. His time spent in the “jungle” in Calais left him in no doubt of the refugees’ urgent need for protection and legal assistance. He has since been providing legal counseling to refugees with regard to french law and to international law, and he regularly intervenes on their behalf with OFPRA (the french governmental agency in charge of refugees).

Pierre is regularly invited in the news to comment on the European immigration crisis.

Passionnate about art, and aviation enthusiast, he is also benefactor and private pilot. 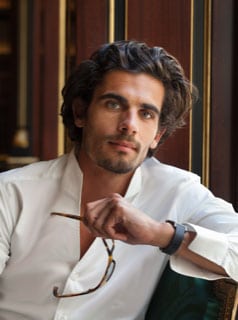